Sharpies are the form of pen-style permanent markers which were first introduced in 1964. These markers come in different inks with different styles like fine point sharpie, ultra-fine point sharpie, twin tip sharpie, chisel tip sharpie, retractable tip sharpie, etc. In my previous articles, I have explained the several methods of getting temporary tattoos, but one of the easiest methods of getting temporary tattoos is by using sharpies. But the main question that arises is that are sharpie tattoos safe for application on the skin? or do they possess certain chemicals which are harmful to your skin? Let’s read further to clear your all doubts.

According to the ACMI (The Art and Creative Material Institute, Inc.) certification, the sharpie markers bear the ‘non-toxic’ label, still, the company advises not to use these markers on the skin since some of them contain harmful chemicals which can be dangerous for use. The sharpie pens come in several varieties and among all those, the fine point sharpies are considered the safest ones for use on skin. Though these fine point sharpies are considered safe, still these should not be used near the eyes and mouth. According to the studies, the other varieties of the sharpies like Sharpie Magnum, Sharpie King-Size, and Sharpie Touch-Up contain the chemical compound ‘Xylene’ which can be harmful and can cause drowsiness, sleepiness, fainting, headache, nausea, etc.

The sharpies are basically designed for writing purposes on paper, posters, and other artists’ use. So, the ingredients used in the sharpies are according to their use. But these markers can also be used for body art purposes like getting temporary tattoos. Sharpie tattoos are safe if they are made using the ‘Sharpie Fine point Marker’ because the ingredients of this are safer than the other ones which contain the toxic compound ‘Xylene’. But if you already have any skin allergy, wound, or cut on your body then avoid using the sharpie tattoos as the ink of these markers can enter your blood vessels through the broken skin. Also, you can easily remove the ink of the sharpie anytime by using soap and water.

On the other hand, tattoo ink is primarily made for tattooing. The chemical compounds used in the tattoo inks are skin-friendly. Getting permanent tattoos is also a good idea but you should choose it only when you’re ready for the lifetime commitment as the permanent tattoos can only be modified or removed with laser treatments.

How to remove sharpie tattoos?

Though the ‘Sharpie Fine Point Markers’ are safe to use on the skin it’s advisable to test your skin before the application. In case of any severe allergic reaction, consult a dermatologist. 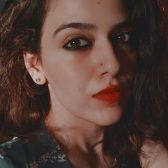 More from this Author

Hi, I am Amie. I developed an interest in inking at a very young age. I was an expert in drawing during my school days and this lead me to the world of tattoos. I like all forms of tattoos varying from traditional old-school ones to line-work art. In my free time, you will always find me doing sketching, painting, and exploring the world of tattoos.